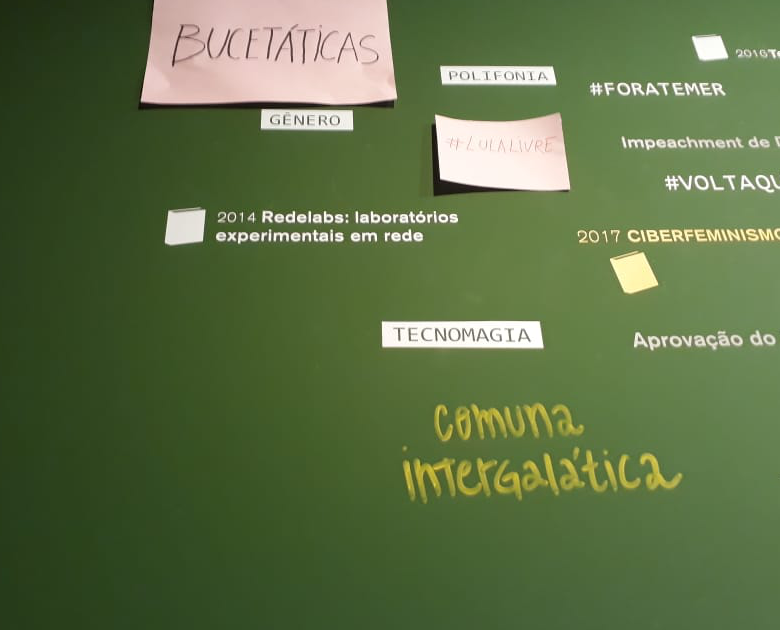 What fictions we insert ourselves and that sometimes we call arbitrarily reality? That meaning, the reality is a dominant fiction. At the subaltern cultures (sudakas) of resistance to the normalization of dominance, matriarchs of Pindorama, we are historically constituted as experimenters for technologies of production and subjectivity. And just because we have been relegated to the margins, we have to invent other techniques of subjectivity production. These cyberfeminist techniques that produce restless routes of freedoms are necessary to agency new challenges and construct a collective life in our economic context.

Creating concepts, proliferation of actions and proposals, rustle ups. Cyberfeminism, submidialogy, “gambiarras”. We make maps by the proximity of actions work in progress disputing images. Clustering (algorithm system of automatic data concentration by its level of resemblance, study of the phenomenology of network interaction and behavior design), swarming (phenomenon of network interaction also observed in animals – the behavior of the swarming is a collective one exhibited by a diversity of entities, particularly animals, that aggregate together, without a leader), cloning (interactive phenomena such as ideas that happen as interaction, neurons as mirrors that learn by imitation) are all result of fortuitous interactions that make happen strange things: all that interacts approximate to each other. Sustainability can be effected connecting networks that produce immaterial knowledge by the generation of fluxes of information.

Creative, “e como”! (an homage to the group that inspired itself at Creative Commons – “Criei! Tive Como” meaning “Created! Had means to do it” using the adjective of creativity armed as a non-silent derriderian mark at the language that plusemiotize the verb – to create – into a a state of palimpsest of the [sixth]-senses). Political and poetical vocabularies are born, esthetic processes, collectives swarms, of 10, 2, one. The mobility of the hackable identities, hacked, about to hack. its the proliferation of our vital potencies, current, virtual. At the wrong way of the progress fixes by the means of algorithms: “algo”(something)-“rithms”.

The self work of the anthropofagic and perscpectivist philosophy that is familiar, social-hackers. we build bridges between metarecyclers, ancestor-futurists, tactical-media, maker-culture, cosmo-science, bio-hacking by hacked satellites, technological “gambiarras”, precarious and incendiary. At immersive processes and collective actions we create collective knowledge. A digitophagic practice, glitch (esthetic error), piracy, illegal samples, moshing (a cyberpunk appropriation, the punk dance in a circle, mixed people, to the mixture of techniques and languages digitally applied at an aleatory manner generating new forms of art from this same image with a minimum of effort of the artist for this meta-autorship with the machine, a process of art inside the concept of “art strike” used to generate a glitch effect (error culture, since Kintsukuroi “gambiarra” is a form of art very popular at the generation of images with its own aesthetic, and on digital culture wes come to be called glitch) at the visual production

When the scriptures of women, teachers, secretaries and mathematicians: programmers, Hidden Figures started to be re-written since now when the majority of men are programming for the market? How we got to this point? And why we look back at our steps? As elders knighting left-overs, bodies, machines, the dreams, the knots, us. Trespassing, investiga(c)tions, rediscoveries! Networks are built. Disputing spaces and experiences of the mediatic appropriations of Brazilian women and its affective networks, its social hackerisms. its babies in pans, better occupied, at the kitchens of occupied spaces, at the samba-duck-talk of the conservative that appropriate us.

Re-aggregate new perspectives in course, 20 years of memory, at a country where the death of the National Museum announces one more desert at the Tactical Cunts time, pink-grotto of the past, ovum of the future!!! 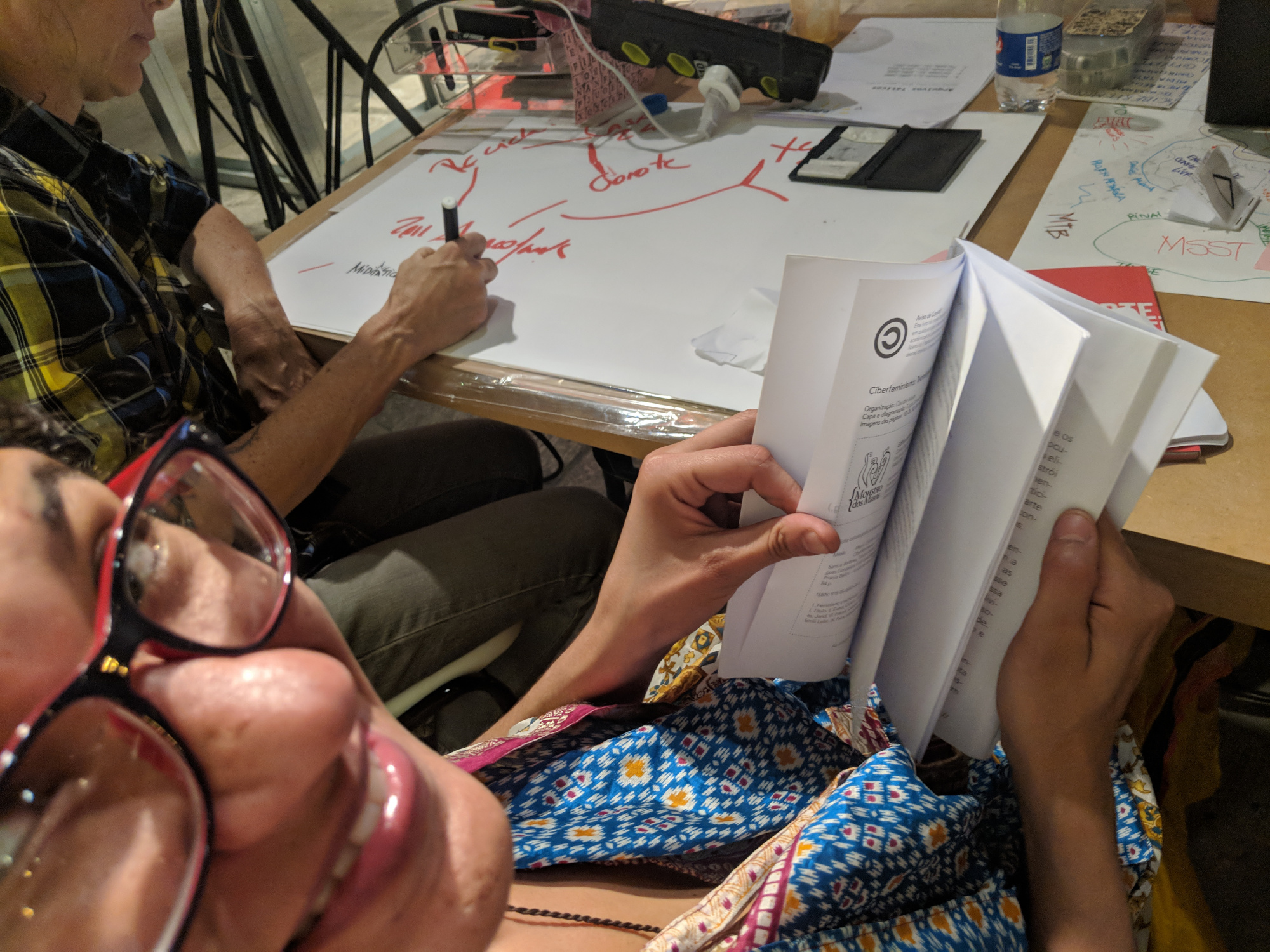 Tacticle Archives is a project generated from a collective and collaborative literature, and possible thanks to the commitment of authors and publishers to share knowledge and experiences through these publications, as well as the digital availability of the files and their assigned licenses - notably free, creative commons, copyleft or free art. The other productions related to cartography are licensed in CC-BY-SA 4.0 International License.